As your collection of SenseMaking nodes gets bigger and bushier, trying to manage it on a flat screen is a problem.

So put them in a virtual space surrounding you.

See: WikiGraph Browser/Everything is a Graph, Webs Of Thinkers And Thoughts, Highlighting And Annotating.

Hybrid-display idea (because I hate wearing goggles so far)

The room is filled with a three-dimensional constellation of hypercards, hanging weightlessly in the air. It looks like a highspeed photograph of a blizzard in progress. In some places, the hypercards are placed in precise geometric patterns, like atoms in a crystal. In other places, whole stacks of them are clumped together. Drifts of them have accumulated in the corners, as though Lagos tossed them away when he was finished. SnowCrash

Hmm, for a "session" like this, since it's more-limited in num-cards, do you need 3D? Or just a better 2D view? Auto/dynamic zooming/fish-eye focus? (see rough d3.js example)

Each "node" is an icon/object floating in space around you.

Zooming in to a node to read, highlight.

"Group" set of nodes so they "stay close" to each other. (You can make any number of them, and strengthen/weaken their grouping at any moment based on your context.) Jul'2018 looking at some libraries even if read-only 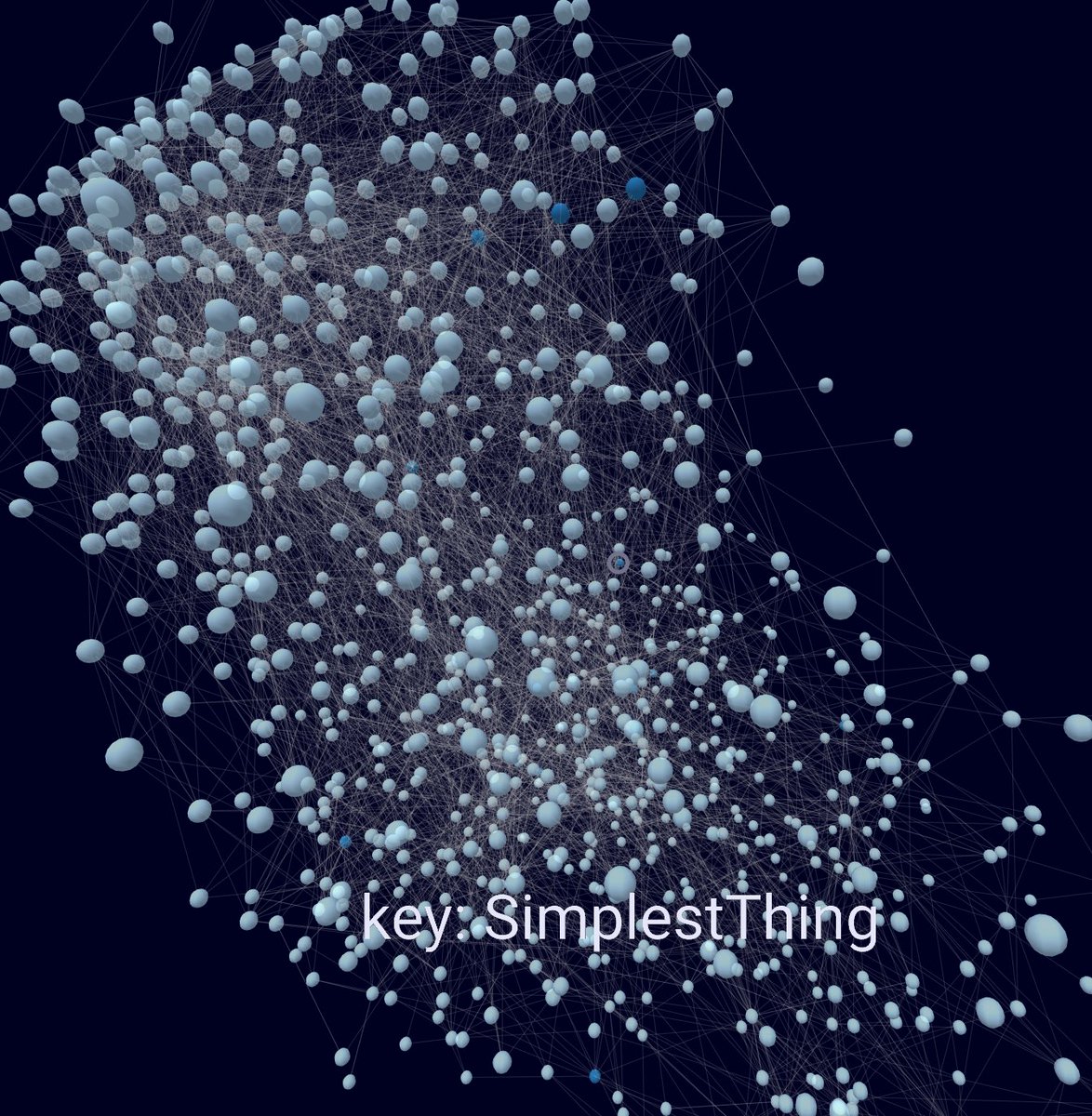